The President of Ukraine, Volodymyr Zelenskiy, visited with children and staff of Father’s House on June  1st, the National Day of Children’s Rights Protection.   Father’s House was only given three days’ notice and had just come out of quarantine so they were incredibly busy preparing for the visit.

The little girl, Angela, the President held for almost the whole visit, ran to him unprompted when he arrived at Father’s House and he picked her up.  A small group of children performed for him a skit they had put on for other people before this about protection of unborn children and also adoption.

Father’s House has in the past been visited by Ukrainian Presidents, and sometimes their wives.  In one case, the President’s wife became a big supporter of the work Father’s House does. 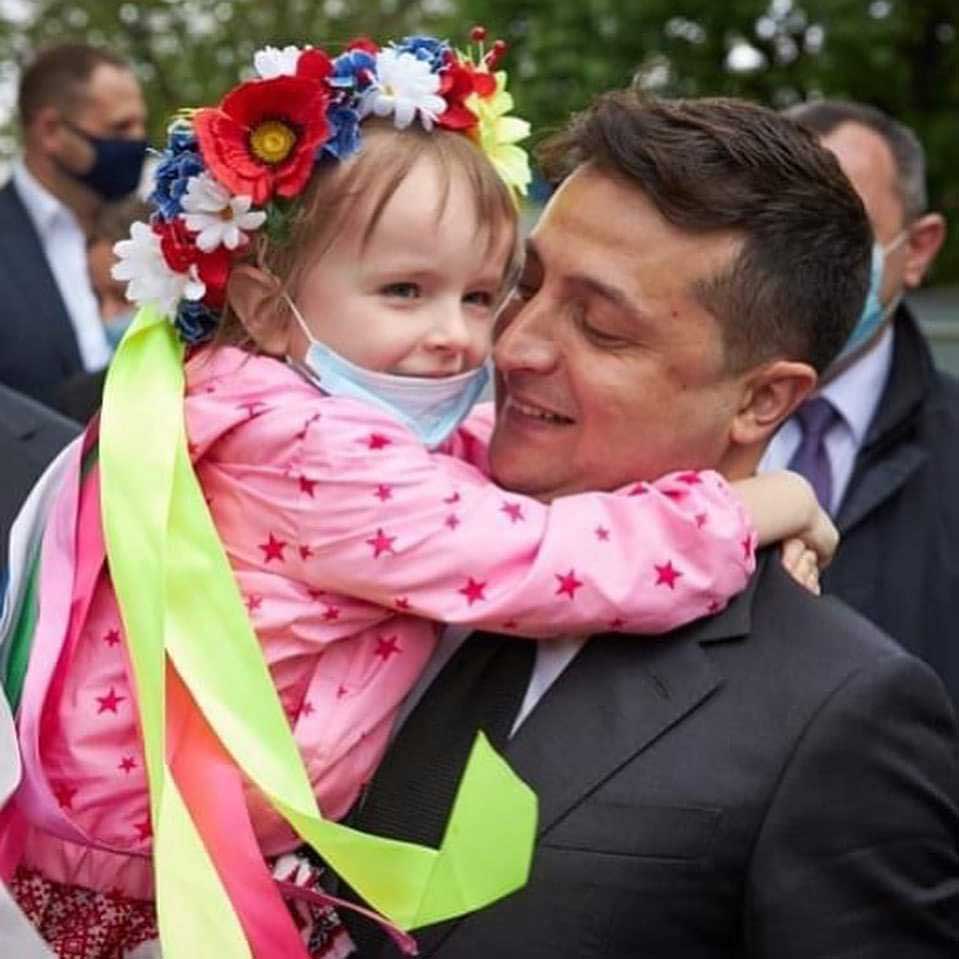