We have been shocked, heartbroken, and praying for our beloved friends and co-laborers in Ukraine, and for the country itself as it valiantly fights.  Amongst the horror, there are incredible stories of courage and of compassion.  Here is an excerpt by Roma of Father’s House written during the successful evacuation of the children, and some Father’s House caregivers, by buses to Germany.  Roma called it “Angels all around us”.

The 146 children in total (including children of the caregivers who came on the buses) and 30  adults had to go the first 500kms without any washroom stops and Roma had them fasting before the journey.  It was a very teary goodbye – see photo.  “ In Rivne, Ukraine we finally stopped at a gas station to take the children to the bathroom and literally 5 minutes later an explosion began.  We later learned it was airport shelling.”  “Police officers escorted us heroically, shielding us with their bodies and taking us in and out of a gas station heroically.  They later asked our buses to turn off the headlights and follow them at top speed. They themselves turned on their emergency lights to show us the direction of traffic, at great risk to themselves.”

When they finally stopped for food, word got around the town – “people brought us vegetables, fruit, essentials, a restaurant invited us in for a hot, delicious meal.  Doctors came and examined the children who weren’t feeling well and gave them medication.  People took young children in diapers to their homes to bathe them.  Some of the children even cried from such attention to them.”

After days on the road and endless hours of border crossings, the buses finally rolled into the town that is their final destination, for now.  A partnering non-profit of Father’s House, with a member on their board, had made the arrangements.  The mayor and local government are providing the initial accommodation and food.  Families in churches have opened their homes.  So much love!

Bruce Elliott of Ezra and Chairman of Father’s House Board, flew out to Germany to support Roma and to help plan the “what next”.  A big concern is that Roma’s wife, Natasha, and their two daughters are still at Father’s House, along with some workers and 6 mothers and babies from the baby center.  They are in a bomb shelter at Father’s House.  It is horrendous for them and at this time we don’t know how we can get them safely out.  Please pray for them and for the children now in Germany for the future plans. 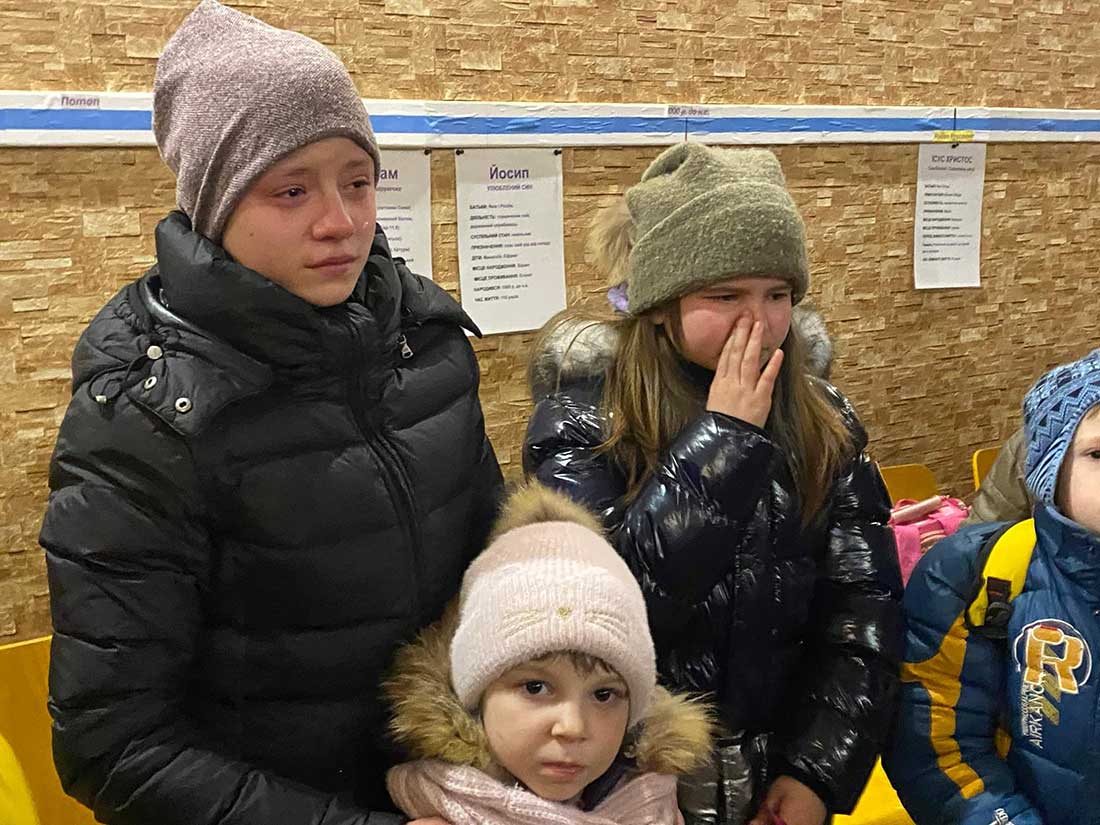